Psalms To See Me Through: Psalm 10—The Cry Of The Righteous For Justice

Why do You stand afar off, O Lord? Why do You hide Yourself in times of trouble?

In pride the wicked hotly pursue the afflicted; Let them be caught in the plots which they have devised. For the wicked boasts of his heart’s desire, and the greedy man curses and spurns the Lord.  (vv. 1-3) 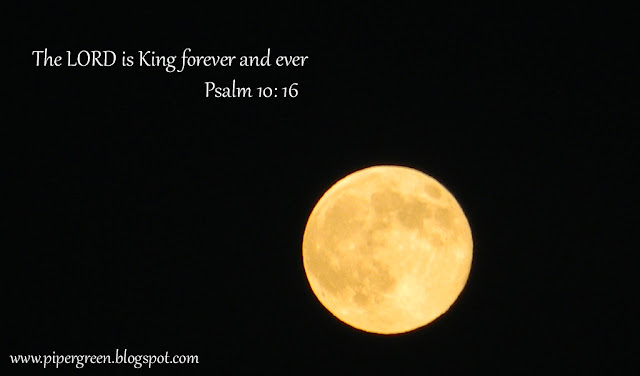 This is without a doubt one of the most frequently asked questions of God through the ages. How many times has heaven’s throne been bombarded with the whys of the troubles that plague the earth? No doubt the weeping Daughters of Jerusalem, along with many others, asked why as they wailed and mourned the injustice perpetrated on Jesus. History hails many witnesses to the martyred saints, and many of the Apostles died brutal deaths as well. According to some many of the Church's traditions:

Matthew: suffered martyrdom in Ethiopia, killed from a sword wound.
Mark: died in Alexandria, Egypt, after being dragged by horses through the streets until he was dead.
Luke: was hanged in Greece as a result of his tremendous preaching to the lost.
John:  Faced martyrdom when he was boiled in huge basin of boiling oil during a wave of persecution In Rome. However, he was miraculously delivered from death.
Peter: He was crucified upside down on an x-shaped cross. According to church tradition it was because he felt unworthy to die in the same way that Jesus Christ had died.
James: The leader of the church in Jerusalem, was thrown over a hundred feet down from the southeast pinnacle of the Temple when he refused to deny his faith in Christ. When they discovered that he survived the fall, his enemies beat James to death with a fuller's club.
Paul: Was tortured and then beheaded by the evil Emperor Nero at Rome in A.D. 67. Paul endured a lengthy imprisonment, which allowed him to write his many epistles to the churches he had formed throughout the Roman Empire.

Many other saints were thrown to the lions for sport.

One need only watch the news to be familiar with the injustices seen across the globe; why seems to be a just question.

The wicked, in the haughtiness of his countenance, does not seek Him. All his thoughts are, “There is no God.” Verse 4

God has endowed man with free will, each man can decide whether to perform acts of evil or righteousness. Though it may seem that those that choose wickedness flourish, it is fleeting. A day is coming, a Terrible Day of the Lord and the wicked will cower before the Almighty God. Their notion that there is no God will be obliterated in the blink of an eye.

His ways prosper at all times; Your judgments are on high, out of his sight; As for all his adversaries, he snorts at them.  He says to himself, “I will not be moved; throughout all generations I will not be in adversity” (vv. 5-6). 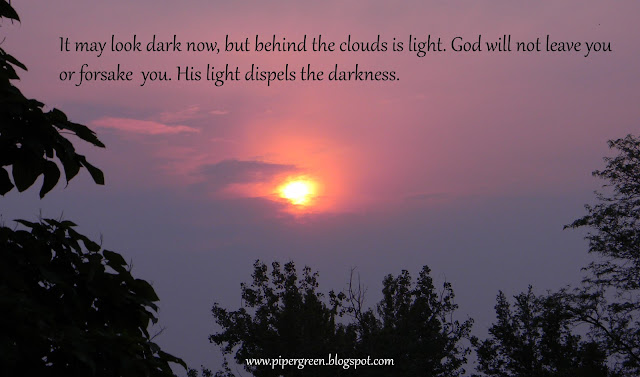 God is not like the wicked, and the deeds of those who seek to destroy God’s people are evident in the earth:

His mouth is full of curses and deceit and oppression; under his tongue is mischief and wickedness. He sits in the lurking places of the villages; in the hiding places he kills the innocent; His eyes stealthily watch for the unfortunate. He lurks in a hiding place as a lion in his lair; He lurks to catch the afflicted; He catches the afflicted when he draws him into his net. He crouches, he bows down, And the unfortunate fall by his mighty ones. He says to himself, “God has forgotten; He has hidden His face; He will never see it.” vv. 7-11

Does this not describe the evil that is operating in the earth today? An evil army is wreaking havoc and destruction in the Middle East and this describes that army quite stunningly. Hence those who seek good and serve God are crying out to Him;

Arise, O Lord; O God, lift up Your hand. Do not forget the afflicted.  Why has the wicked spurned God? He has said to himself, “You will not require it.”  You have seen it, for You have beheld mischief and vexation to take it into Your hand. The unfortunate commits himself to You; You have been the helper of the orphan. Break the arm of the wicked and the evildoer, Seek out his wickedness until You find none. vv. 12-15

One of my favorite traits of the Psalms is that though the psalter cries out to God for all the injustice around him, with a slight accusatory tone, the poets always come back around to praise God for all the good things He does, and that praise leads to worship. When God is worshiped nothing can defeat us. He reigns in all the earth. He reigns in our lives, in our troubles, in our failures. He reigns over all the evil-doers, where sin abounds, grace much more abounds {Rom. 5:20}. We will have troubles, but He has already won—He wears the Victor’s crown. 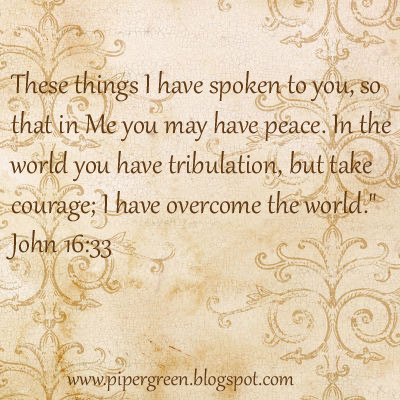 The Lord is King forever and ever; Nations have perished from His land. O Lord, You have heard the desire of the humble; You will strengthen their heart, You will incline Your ear to vindicate the orphan and the oppressed, So that man who is of the earth will no longer cause terror. vv. 16-18

When we worship Him, our troubles no longer have the victory; it helps us remember the goodness of God and He strengthens us through our worship and our time alone in His presence. God promises in the end that the wicked have a terrible fate awaiting them, and God will end the power of evil in the earth.