I have been contemplating sabbath rest. Resting has been something of which I write often and it has been at the forefront of my existence for the last couple of years. 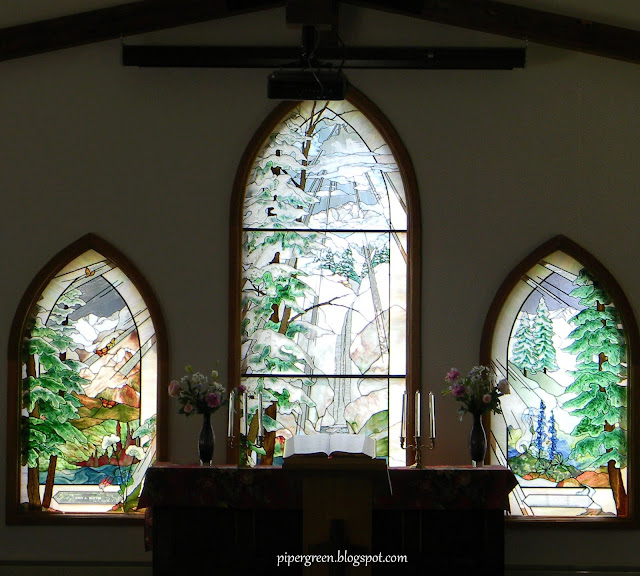 Though we all are aware of the sabbath commandment to rest on the seventh day, my contemplation has been focused on the year of rest that the Lord commanded the Israelites:

As I read this passage, I thought about how hard this must have been for them. It is important to remember that this community was an agricultural one, their livelihood was tied to the land. If they could not grow their crops, they had nothing. But the Lord is always merciful, and He foresees their trouble and before they can even raise their lips to complain He answers them:

“You shall therefore follow My statutes and keep My judgments so as to carry them out, so that you may live securely on the land. Then the land will yield its produce, so that you can eat your fill and live securely on it. But if you say, ‘What are we going to eat in the seventh year if we do not sow nor gather in our produce?’ then I will so order My blessing for you in the sixth year that it will bring forth the produce for three years. When you are sowing the eighth year, you can still eat old things from the produce, eating the old until the ninth year when its produce comes in” {Lev. 25:18-22 NASB}. 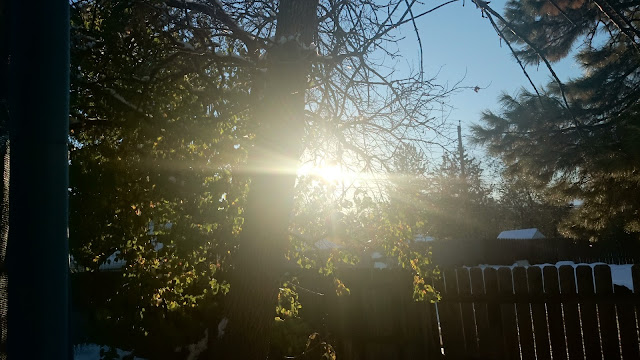 The Lord is always faithful. If they will only but trust in Him, even during the sabbath, He will not leave them or forsake them.

I have been meditating on this for some time now because I seem to be in a sabbath of my own. Those of you who know me know that I garden every year as I am working toward being able to grow as much of my own food as possible. I also love flowers and grow them as well. I am one of those who sow her seeds early so that as soon as winter has made its last stand (and a very cold spring where I am) and the threat of frost has vanished, I plant them in the garden as soon as possible (also we have a short growing season). 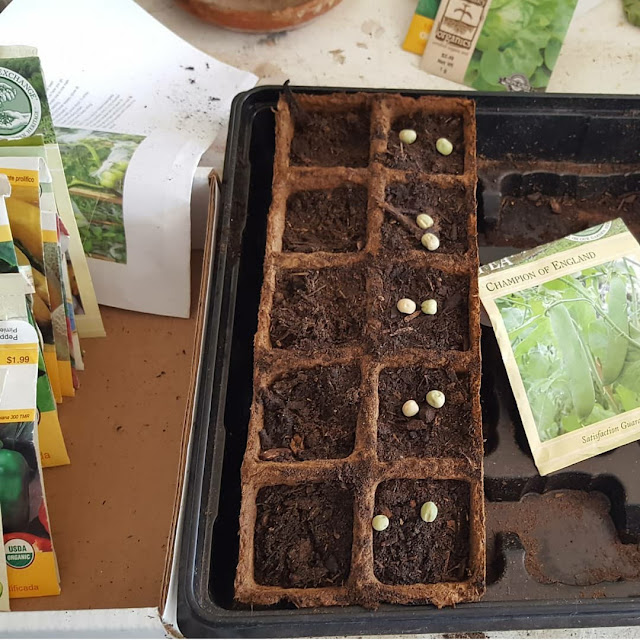 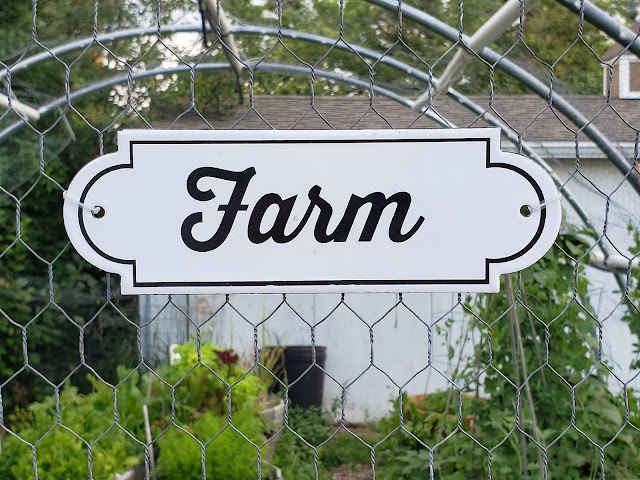 Well, this year was the first year that I can remember that I have not planted any seeds and did not have a garden. While this may seem irrelevant to some it is a huge disappointment for me. Though I don’t rely on my little farm for my livelihood, Piper’s Farm brings me much joy. I love planting seeds and watching the miracle that it produces in the fruit for it is part of the creation that I love. It was not to be this year. In April, I had major foot surgery so I knew I would not be able to attend to the seeds or get them planted, and I did not want to burden the husband as he already had to pick up the slack for me in so many other areas, so I didn’t plant any. While it was something I needed to lay down, it was still very hard for me. I walk the yard often looking at the place where my garden is usually growing to see only weeds {which are screaming at me as well}. 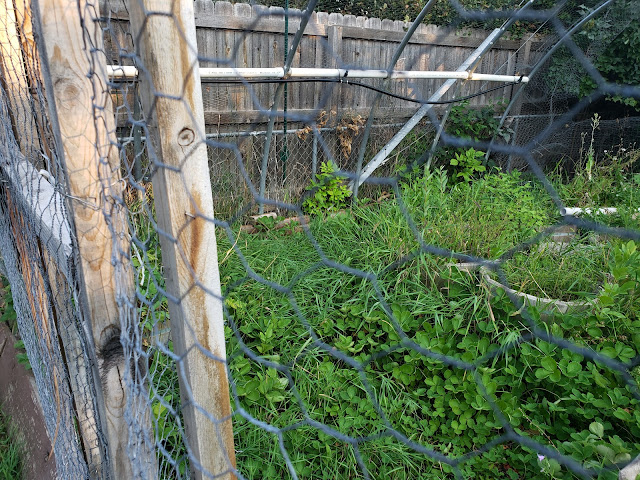 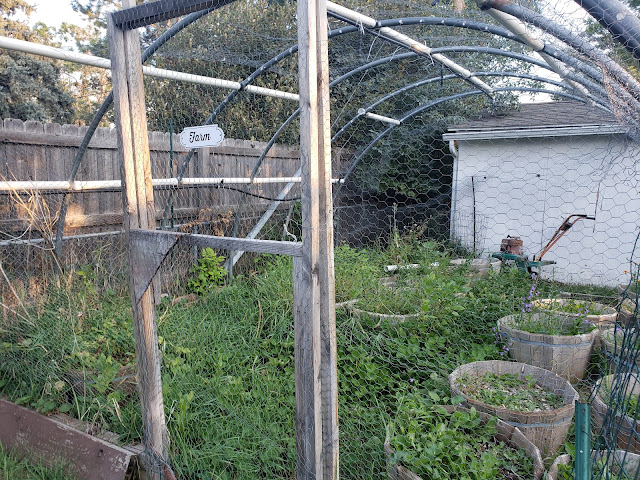 This is where my sabbath has occupied my mind because it has spiritual implications as well. We are not the ancient Israelites, but there are some spiritual implications concerning the sabbath and the waiting periods that we often find ourselves in. This has certainly been a year of sabbath for me. In April, I found myself in the recovery room after foot surgery with very low oxygen levels. So, long story made a tad shorter, they found a nodule in my lung. The location of the nodule was very problematic and could not easily be reached. I endured two bronchoscopies in two weeks, and they were not able to retrieve a sample size of the tissue large enough to determine a diagnosis. Then a PET scan, then a diagnosis of adenocarcinoma. Then, three weeks ago, they removed the nodule by removing half of my right lung, and thankfully, it is not cancer—the goodness of God displayed. I am recovering, and will be fine, but I feel as though I have lived in a state of recovery for most of this year {also part of why I have been absent from this space}. Though I was still in school working on my Ph.D. in the spring, I have had to postpone school until later in October. This was very hard for me to do; I wrestled with the decision for weeks. I also had to step down from my editing work at my church where I was employed. It feels like everything I am and everything I do is gone. A sabbath rest, though mine is not in obedience, mine seems like I had no choice.

There are seasons where we will feel as though we have been emptied of everything and we have no choice but to trust the Lord in the season of sabbath. I cannot fully convey the frustration in my life right now as I struggle with everything being stripped away. I have to rest in order to recover, I have no choice. I don’t have the strength to do much.

I imagine this is how the Israelites may have felt in that sabbath year. But God is so faithful to us. Just as He was with them and blessed them in the sixth year so that the sabbath year would not be a strain for them, He is with us. He is with me. When we are faithful to be in His Word and walk with Him daily, we are strengthened to walk through these times. The Lord promised us that we will not be alone, He has sent the Comforter to keep us:

I will ask the Father, and He will give you another Helper, so that He may be with you forever; the Helper is the Spirit of truth, whom the world cannot receive, because it does not see Him or know Him; but you know Him because He remains with you and will be in you {Jn. 14: 16-17 NASB}. 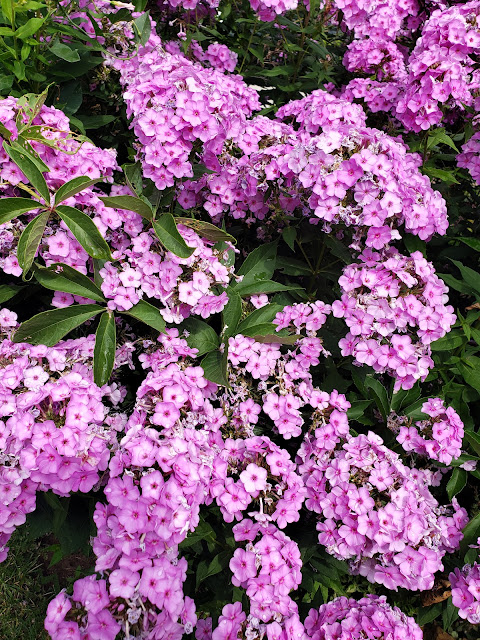 He will not leave us, and He is faithful to walk through them with us. The Apostle Paul was told that God’s grace was sufficient for him when he cried out to God during one of his struggles {2 Cor. 12:9}, His grace is sufficient to help us do what we cannot do for ourselves.

During this time, I have had to completely deconstruct who I am and what I am doing or should be doing for Him on this earth and have had to rebuild from the foundation up. Though this is a hard thing to walk through, He is faithful in the waiting—in this sabbath. He is working towards my good when I rest in Him. I have no choice but to wait on Him and then He works in me to form me into His image; to make me more Christlike, which is always for my good:

So, I will wait. I will take this sabbath rest and trust and wait on Him to bring forth His purpose in my life, because He has given me enough spiritual riches in abundance to endure this sabbath, as frustrating as it can be at times, and to live under His sovereign hand.