The Attributes Of God: His Goodness 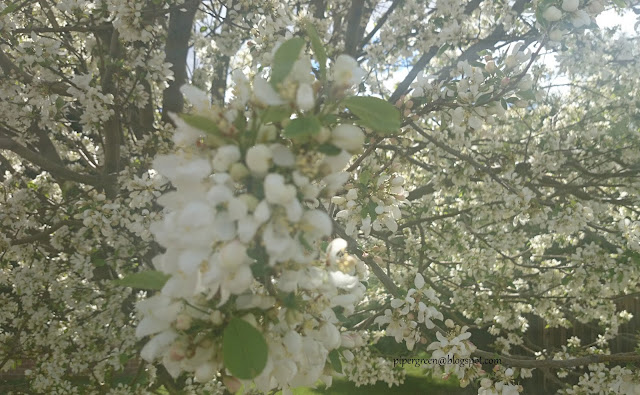 As I approached, camera in hand, to capture the beauty before me, I was overwhelmed with the fragrance of the white blossoms; announcing the arrival of spring, a fragrance most sweet; intoxicating. I love the arrival of spring, new life after a long season of cold and seemingly dead creation surrounding me. Isn’t that how the kingdom works? When we think something is damaged or dead, it turns out God is working behind the scene to fulfill His purpose?

The trees of the Lord drink their fill, the cedars of Lebanon which He planted, where the birds build their nests, and the stork, whose home is the fir trees (Ps. 104:16-17 NASB). 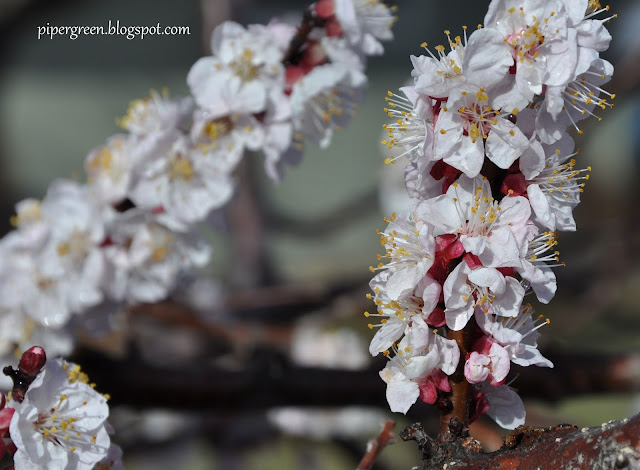 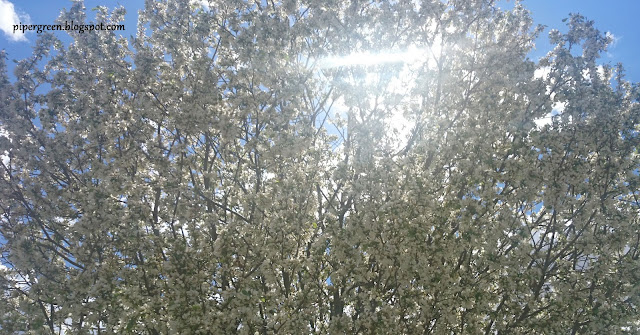 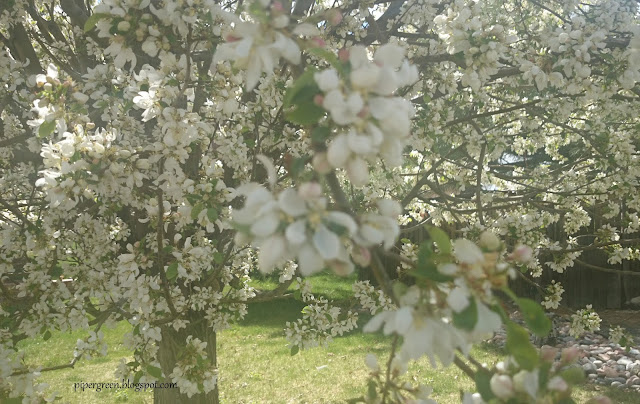 Creation is amazing. I love nature. I look at the world around me, and see the goodness of God.  I see His hand in the beautiful pink and white blossoms of the crabapple trees. I see His goodness even in the snow storm that killed the very blossoms I cherished—their fragrance snuffed out—for a time. Because I see His goodness in the way all of life bounces back from the wet, heavy, and cold snow. There is purpose in every season. 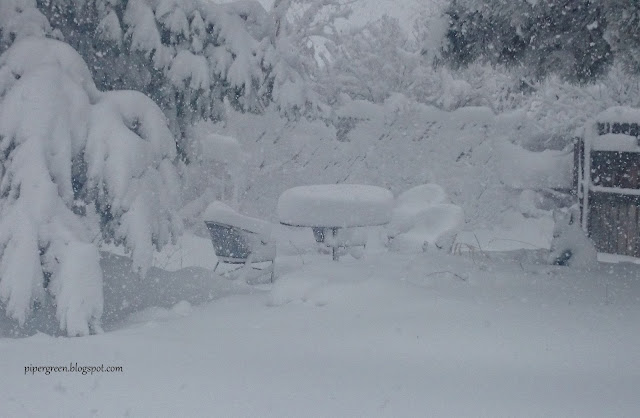 Psalm 104 is a beautiful song raised to God for His goodness in creation.  The angels cry out that the whole earth is full of His glory (see Is. 6:2-3).

A.W. Pink eloquently explains in his Nature Of God, “All that emanates from God—His decrees, His creation, His laws, His providences—cannot be otherwise than good; as it is written, “And God saw everything that He made, and, behold, it was very good (Gen. 1:31).”[1] Thus the goodness of God can be seen first in creation. Creation is indeed good. It is indeed beautiful.


You alone are the Lord. You have made the heavens, The heaven of heavens with all their host, The earth and all that is on it, The seas and all that is in them. You give life to all of them And the heavenly host bows down before You (Neh. 5:6 NASB).

I love the diversity in creation... 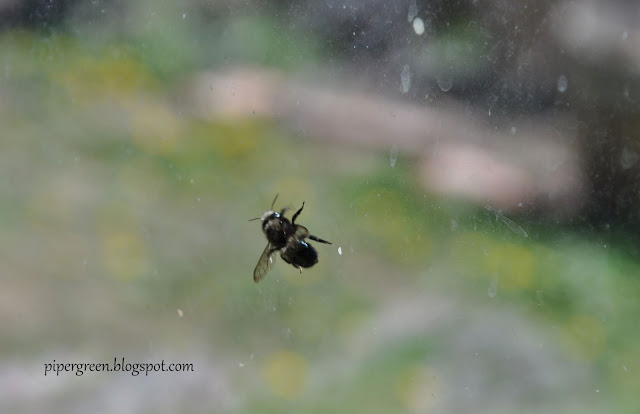 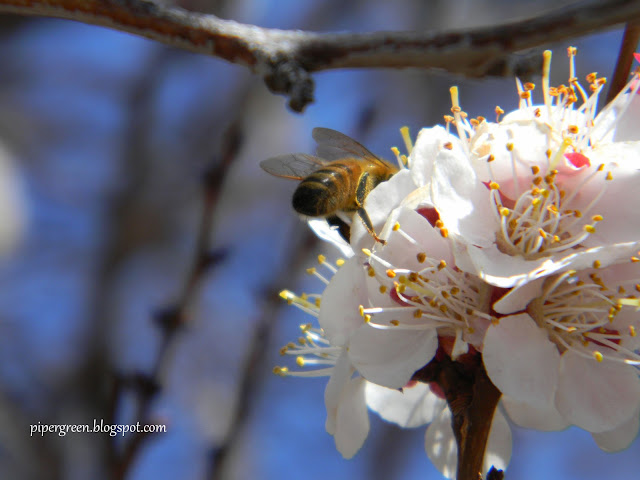 The diversity of God’s creativity is not only displayed in the variety of bees, but in the blossoms as well. Some are white. Some are pink, some deep ruby red.  When the blossoms come to fruition, some will be leaves, some will be fruit, but they are each a part of the tree. We have to wait for the fruit to appear. They may look the same at present, but each blossom is unique and serves a purpose for the tree. 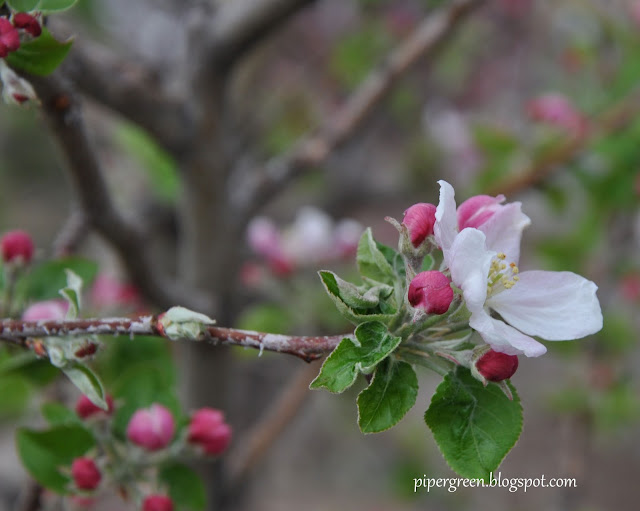 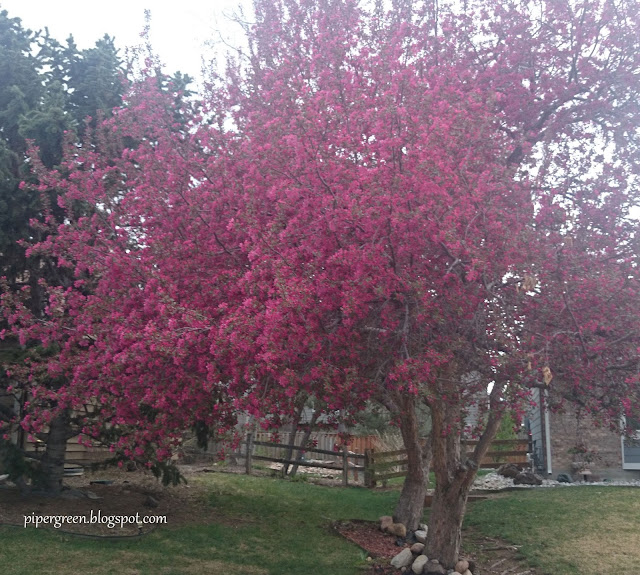 God’s good creation is illustrated most beautifully in man whom He formed from the dust, and breathed into him His life-giving and life-sustaining breath. We are His image-bearers the imago dei. God created us all in His image, yet we are all unique and have a distinctive purpose in God’s plan. Consider with me the intricacies of the human body:

“The body—the face, the features, the coloring—contains marks that identify us as individuals. These marks arise from our DNA and make us recognizable to the naked eye. But they provide more than a point of recognition for the sake of others; they are God’s imprint on each of us. These few features have seemingly infinite possibilities when rearranged in different shapes and sizes.”[2]

How can one dare say that God is not good? His goodness is displayed in His Mercy on His imago dei, the very ones that have forsaken Him, despised and rejected Him. The very image bearers that offer false incense at the altars of the false gods of secular-humanism, evolution, and the like. How can the clay question the potter—who are you, O man, who answers back to God? (see Is. 45: 9-11 and Rom. 9: 19-26). 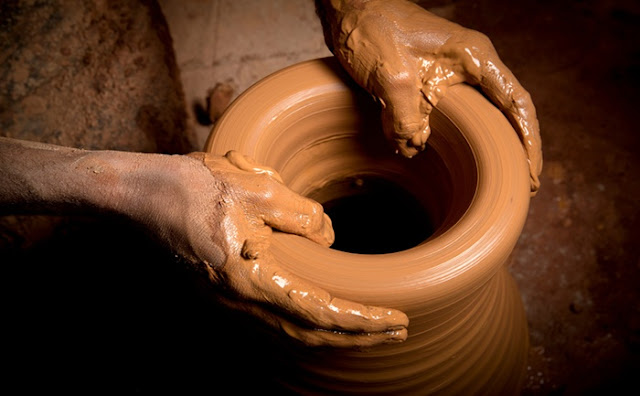 It is comforting to know that God is good. In a world where there is so much evil, and many tragedies are witnessed, it is hard to imagine anything good; but God is good.

God’s goodness however, is not just in deed and action—it is His very essence. All the goodness there is in any creature has been imparted from the Creator, but His goodness is underived. For it is the essence of His eternal nature.

The lovingkindness of God endures all day long. Why do you boast in evil, O mighty man? (Ps. 52: 1 NASB).

God is good. He is the summum bonum, the highest good. The goodness of God refers to the perfection of His nature. It means that God is the final standard of good, and that all God is and does is worthy of approval.

Praise the Lord! Oh give thanks to the Lord, for He is good; For His lovingkindness is everlasting. Who can speak of the mighty deeds of the Lord, Or can show forth all His praise? How blessed are those who keep justice, Who practice righteousness at all times!  (Ps. 106: 1-3 NASB).

Oh give thanks to the Lord, for He is good, For His lovingkindness is everlasting. Let the redeemed of the Lord say so, Whom He has redeemed from the hand of the adversary (Ps. 107: 1-2).

For the Lord God is a sun and shield; The Lord gives grace and glory; No good thing does He withhold from those who walk uprightly (Ps 84:11 NASB).

His love is displayed in His goodness:

“Ask, and it will be given to you; seek, and you will find; knock, and it will be opened to you. For everyone who asks receives, and he who seeks finds, and to him who knocks it will be opened. Or what man is there among you who, when his son asks for a loaf, will give him a stone? Or if he asks for a fish, he will not give him a snake, will he? If you then, being evil, know how to give good gifts to your children, how much more will your Father who is in heaven give what is good to those who ask Him! (Matt. 7: 7-11 NASB).

The Goodness of God appeared most illustriously when He sent Jesus Christ to us,

To redeem them that were under the law that we might receive the adoptions of sons (Gal. 4:45 NASB).

“Christ walked with men on earth that He might show them what God is like and make known the true nature of God to a race that had wrong ideas about Him. This was only one of the things He did while here in the flesh, but this He did with beautiful perfection.”[4]

In the face of evil, it is hard to see good; remember the words of Sam to Frodo, when he felt hopeless and in despair of the times;

Sam: It's like in the great stories Mr. Frodo, the ones that really mattered. Full of darkness and danger they were, and sometimes you didn't want to know the end because how could the end be happy? How could the world go back to the way it was when so much bad had happened? But in the end it's only a passing thing this shadow, even darkness must pass. A new day will come, and when the sun shines it'll shine out the clearer. The Lord of the Rings: The Two Towers (New Line Cinema, 2002).

We have a greater assurance than Sam and Frodo; the goodness of God is at the heart of every believer’s trust. The evil we face is not just some shadow, it is a real evil that Christ Jesus has defeated. Christ is coming, and He will wipe out all the wickedness from the earth. It is the excellency in God which grabs hold of our hearts, because His goodness endures forever, we need never to be discouraged:

The Lord is good, a stronghold in the day of trouble, And He knows those who take refuge in Him. Nahum 1:7 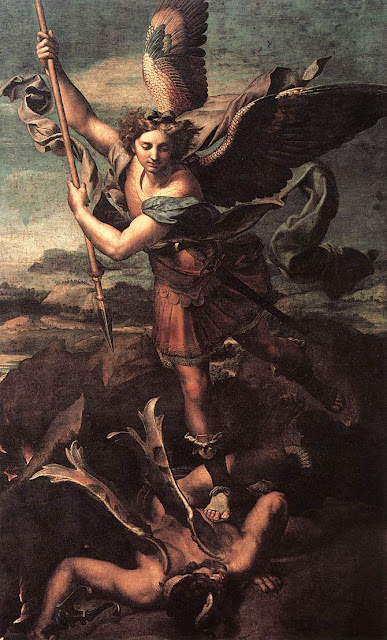 The presence of evil in the world does not negate that God is good. Nor is it reasonable to question God’s existence in light of evil:

Just because there is evil in the word, does not mean that God is not good. It is not the absence of God that evil proves, rather it is the expression of our sin and fallenness—our evil choices. But even to the worst of sinners, God’s Mercy is reaching out offering redemption.

“Nor can the benevolence of God be justly called into question because there is suffering and sorrow in the world. If man sins against the goodness of God, if he despises ‘the riches of His goodness and forbearance, and longsuffering,’ and after the hardness and impenitency of his heart treasurest up unto himself wrath against the day of wrath (Rom. 2: 4-5), who is to blame but himself? Would God be good if He punished not those who ill-use His blessings, abuse His benevolence, and trample His mercies beneath their feet?”[5]

For the grace of God has appeared, bringing salvation to all men, instructing us to deny ungodliness and worldly desires and to live sensibly, righteously and godly in the present age (Titus 2: 11-12 NASB).

“To allow that God could be other than good is to deny the validity of all thought and end in the negation of every moral judgment. If God is not good, then there can be no distinction between kindness and cruelty.”[6]

The goodness of God. God is the Creator of the world, and is its Source and Sustainer. Goodness has its source in God. Those who know and love God, understand that all goodness comes from God. We do not believe that God loves us because we are good, but because He is good.

“Since evil must ‘use’ good in order even to exist, it is appropriate that good, being superior, should be able to return the favor. But good does not ultimately ‘use’ evil by manipulating it, but rather by absorbing it through sacrifice. There is a price to be paid for good to overcome evil; and God, precisely because He is good, is willing to pay it.”[7]

So then as through one transgression there resulted condemnation to all men, even so through one act of righteousness there resulted justification of life to all men. For as through the one man’s disobedience the many were made sinners, even so through the obedience of the One the many will be made righteous. The Law came in so that the transgression would increase; but where sin increased, grace abounded all the more, so that, as sin reigned in death, even so grace would reign through righteousness to eternal life through Jesus Christ our Lord (Rom. 5: 18-21NASB Emphasis mine). 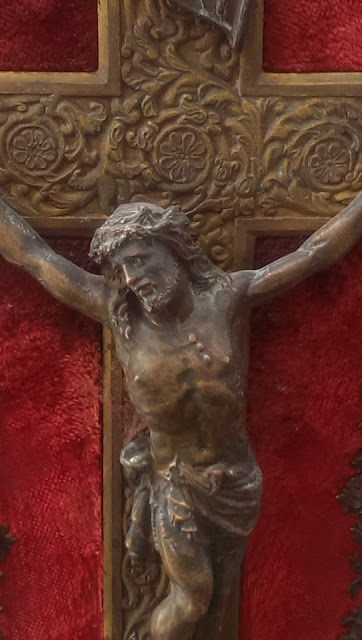 This is the goodness of God—that He loves us, and though we are fallen—offers redemption through the loving sacrifice of His Son. So beautiful. So Good.