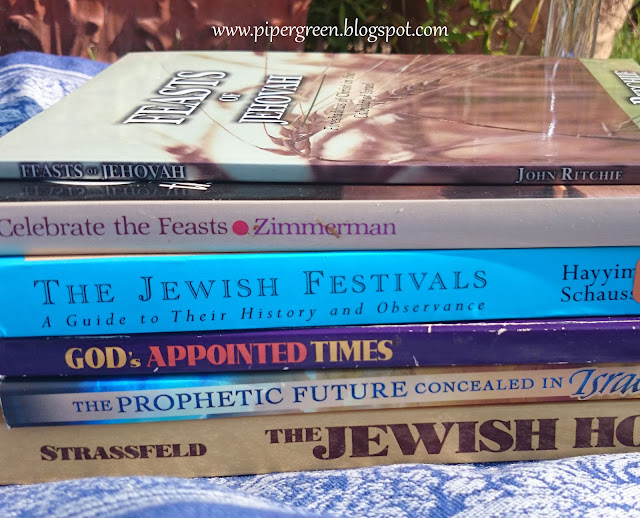 Rosh Hashanah: The Feast of Trumpets

There is much talk these days of moons, blood moons, signs in the heavens, the shemitah, etc. I am not writing to fuel the hype. I love the Christology in these events, and I celebrate all that Christ fulfilled for us.

Many deem the feasts unimportant, or believe that they have passed away and are only for the Jews. But we miss out on so much beautiful imagery found in the the Lord's feasts when we view them through that lens. Every feast appointed by God was bathed in the work and person of Christ. They spoke to everything Christ was, is, and is to come {Rev. 1:8}. 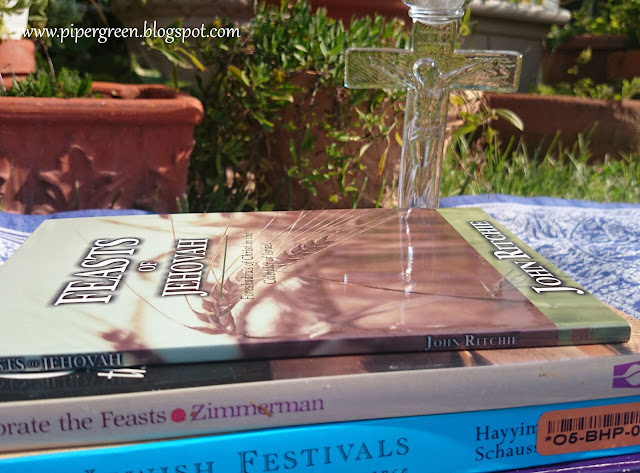 We  must remember that Jesus celebrated all the feasts, and every event in Jesus’ life and ministry occurred on a feast day. God’s prophetic pen writes concerning the feasts in future events. The feasts, especially the three fall feasts {Feast of Trumpets, the Day of Atonement, and the Feast of Tabernacles} have prophetic implications for future events. While I don’t keep the feasts as Jews around the world do, I celebrate the foreshadowing of Christ in them, and that He will be revealed in the Last Days through them as well. Christ is our salvation. 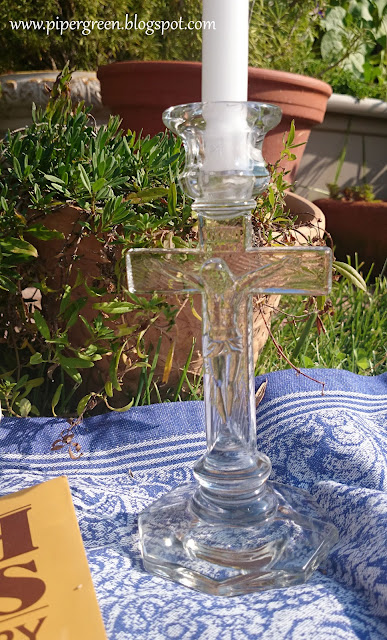 Therefore no one is to act as your judge in regard to food or drink or in respect to a festival or a new moon or a Sabbath day—things which are a mere shadow of what is to come; but the substance belongs to Christ {Col. 2:16-17}. 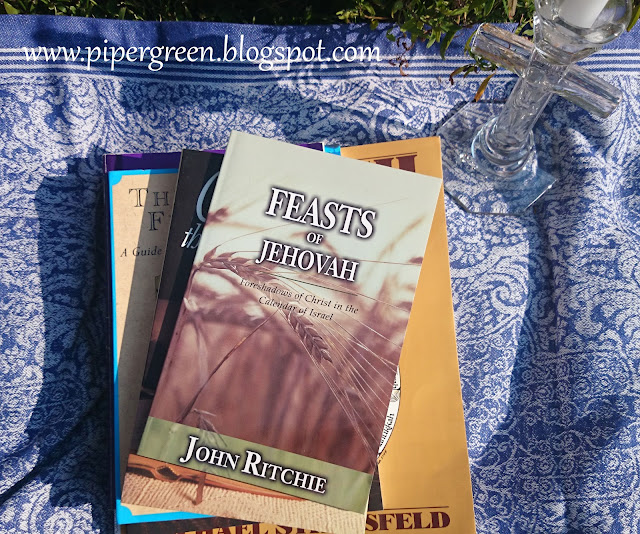 A tradition of the Rabbis suggest that God breathed the breath of life into Adam and formed him from the dirt on Mt. Moriah in Jerusalem on the first day of Tishri—the place that later Abraham would offer his only son on the altar—and eventually where the Father offered His only Son.
The Feast of Trumpets, is observed on the first day of the seventh month. It is the beginning of the Days of Awe leading up to the Day of Atonement, and the Feast of Tabernacles.

“These remaining feasts all point forward to great events of the future, which God will yet bring to pass, both for His heavenly and His earthly people, for in the days that are to come He will glorify and exalt His Christ in the heavens above and in the earth beneath, and gather together in one under Him, things celestial and things terrestrial {Eph. 1:10}.” 1

The blowing of trumpets was an ordinance in Israel {see Num. 10:2}. There were two sliver trumpets made from the atonement money of the people. The blast of these two silver trumpets were a comforting and familiar sound in Israel. The people knew with the blast of the trumpet that Jehovah their Redeemer was calling them unto Himself as His special people. When one trumpet sounded God was gathering the princes of Israel, when both sounded the entire nation of Israel gathered at the door of the Tabernacle to hear from God. On the Feast of Trumpets, the gold-plated shofar was also sounded. As the silver represents redemption, gold represents deity.

The blast of the trumpet calls to the saints today, for we are a special people as well; we are the Lord’s purchased people, a people for His own possession {Titus 2:14}. He redeemed us from lawlessness; we are not our own, but we have been bought with a price to glorify God {1 Cor. 6:20}.

Rabbis refer to this day as Yom Zikkeron or the Day of Remembrance. This day is also referred to as Ha Melech—coronation of the King! The prophetic imagery in the various names for the feasts are incredible.

The Feast of Trumpets represents a call to awaken out of slumber. For the Church, the awakening blast occurs at the resurrection of the dead in Christ {1 Thess. 4:16-17}. The day of remembrance is for those living at the time, those who esteem His Name, and He will spare them from the tribulation {see Mal. 3:16-17}. The coronation of the King could signpost that Christ will return to gather together believers during the Feast of Trumpets, and return to earth with them after the tribulation. He will receive His coronation as King of Kings in Jerusalem {Zech. 14:9, 16}.

Blessed is the people that knew the trumpet sound, they walk O Lord, in the light of Thy countenance {Psalm 89:15 R.V.}.

Such a beautiful picture for saints today—you and me. The beauty of the Feast of Trumpets is in the future complete fulfillment in the awakening and gathering of God’s earthly people Israel, who have been slumbered and scattered for so long,

You will arise and have compassion on Zion; For it is time to be gracious to her, For the appointed time has come {Ps. 102:13}.

“The prophetic Scriptures of the Old Testament teem with glowing words descriptive of this event, when the trumpet shall be blown in Zion (see Ps. 81:3), and the long-last and scattered people shall flock around their once-rejected Lord and King.” 2

One day as Jesus overlooked Jerusalem and wept; His heart broken, for He tried many times to gather Israel to Himself, yet they were unwilling {Matt. 23:37-39}, He made a promise to them through His grief,

And then the sign of the Son of Man will appear in the sky, and then all the tribes of the earth will mourn, and they will see the Son of Man coming on the clouds of the sky with power and great glory. And He will send forth His angels with a great trumpet and they will gather together His elect from the four winds, from one end of the sky to the other {Matt. 24:30-31}.

The saints also hope for the coming day…

The Lord Himself shall descend from heaven with a shout, with the voice of the archangel and with the trump of God {1 Thess. 4:16}.

In a moment, in the twinkling of an eye, at the last trumpet; for the trumpet will sound, and the dead will be raised imperishable, and we will be changed {1 Cor. 15: 52}.

Then we who are alive and remain will be caught up together with them in the clouds to meet the Lord in the air, and so we shall always be with the Lord {1 Thess. 4:17}.

The feasts of Israel may seem far and away and not relevant to the Church today, but they are very relevant, and they are a shadow of Christ and His return. He is coming for His people that He loves dearly. The feasts are not our salvation, they point to the One that died and was resurrected for us. He will be coming back to gather His people. The return of Christ will be a joyous occasion—can you hear the sound of the trumpet?

With trumpets and the sound of the horn shout joyfully before the King, the Lord {Ps. 98:6}

L’shanah Tova—may your name be inscribed in the Book of Life!

To read all the posts on the Lord's feasts click here!

Don't forget to subscribe to my blog to get my posts by email!