God is Omnipotent: Have Courage

“There is nothing for which the children ought more earnestly to contend than the doctrine of their Master over all creation—the Kingship of God over all the works of His own hands—the Throne of God and His right to sit upon that Throne.” 1 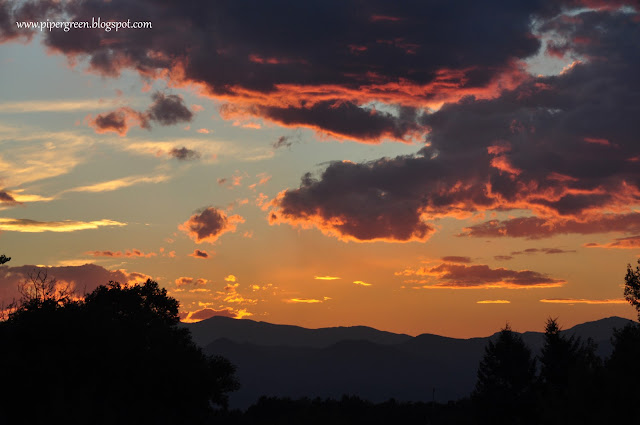 The world in which we live is fallen. The times in which we are living are troubling. Destructive hurricanes; devastating earthquakes; terrorism; sociopathic dictators threatening their neighbors. New signs in the heavens—the like of which has not taken place before—September 23, 2017 is supposedly the end of the world. These times are not for the faint of heart. The birth pangs of the Last Days are growing stronger:

“You will be hearing of wars and rumors of wars. See that you are not frightened, for those things must take place, but that is not yet the end. For nation will rise against nation, and kingdom against kingdom, and in various places there will be famines and earthquakes. But all these things are merely the beginning of birth pangs” {Matt. 24:6-8 NASB}. 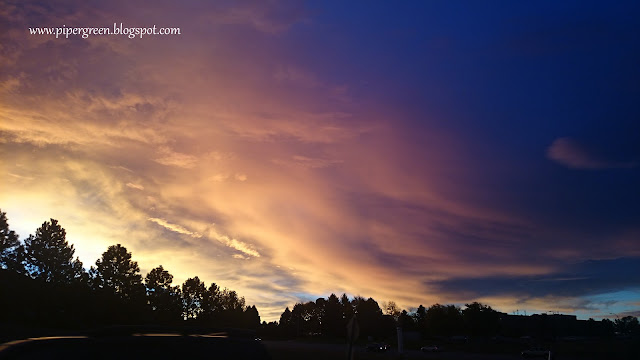 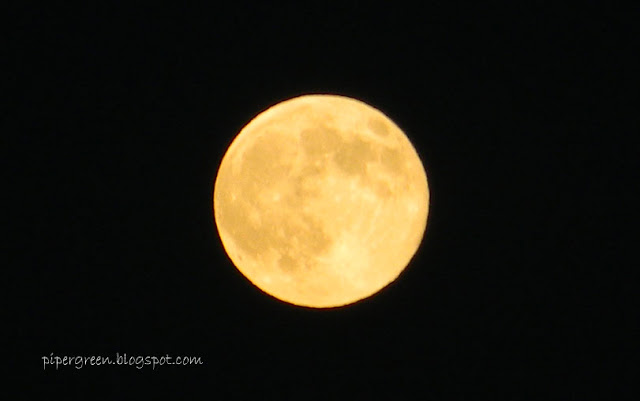 I take Jesus’ words to heart…I am not afraid when I see signs that the Bible warned us to look for. I can live without fear, even fear of the unknown, because of who God is. For the Lord is sovereign—over everything. He holds creation in His hand; He is watching over everything. Place your hope in the Lord and His Word:

“Surely the Sovereign Lord does nothing without revealing his plan to his servants the prophets” {Amos 3:7}.

“God, after He spoke long ago to the fathers in the prophets in many portions and in many ways in these last days has spoken to us in His Son, whom He appointed heir of all things, through whom also He made the world. And He is the radiance of His glory and the exact representation of His nature, and upholds all things by the word of His power. When He had made purification of sins, He sat down at the right hand of the Majesty on high, having become as much better than the angels, as He has inherited a more excellent name than they” {Heb. 1: 1-4 NASB}.

“For by Him all things were created, both in the heavens and on earth, visible and invisible, whether thrones or dominions or rulers or authorities—all things have been created through Him and for Him. He is before all things, and in Him all things hold together” {Col. 1: 16-17 NASB}.

I don’t worry about the events that I witness on earth, because He is sovereign, and I know that He is in control of everything, and that all things are working according to His will {Rom. 8:28}. This doesn’t mean that frightening things won’t happen. It doesn’t mean that destructive or devastating events won’t take place—it means that when they do I don’t worry—I pray:

“Be anxious for nothing, but in everything by prayer and supplication with thanksgiving let your requests be made known to God.  And the peace of God, which surpasses all comprehension, will guard your hearts and your minds in Christ Jesus” {Phil. 4:6-7 NASB}.

The peace of God which surpasses all comprehension. This is so amazing. God’s peace is beyond anything we can comprehend, so why be frightened? Jesus encourages us to trust Him—and trust Him I will—whatever comes or takes place in the heavens or in the earth.

The sovereignty of God is the exercise of His supremacy…being infinitely elevated above the highest creature.2 When I say that God is sovereign, it means that He is omnipotent. He is the Lord Most High. He is Lord of heaven and earth. He is subject to no one. His will is supreme. He is unrivaled in majesty. Unlimited in power. Unaffected by anything outside of Himself. “The Supremacy of God is the kingship of God, the Godhood of God. To say that God is sovereign is to declare that He is the Most High, doing according to His will in the army of heaven, and among the inhabitants of the earth…He is the Almighty, the Possessor of all power in heaven and earth, so that none can defeat His counsels, thwart His purposes, or resist His will {Ps. 115:3}. He is the Governor among the nations {Ps. 22:28}, setting up kingdoms, over throwing empires, and determining the course of dynasties as pleaseth Him best.” 3 He is the King of kings and Lord of lords {1 Tim. 6:15}. God is all powerful or Almighty. With God, all things are possible {Matt. 19:26}. God is sovereign over creation; He forms the unborn child in his mother’s womb {Ps. 139:13}. The Lord created the heavens {Jer. 32:17}. He decrees all things in accordance with His will {Eph. 1:11}. He is the beginning—everything starts with Him and ends with Him {Rev. 22:12-13}. He knows all and sees all; He sees the end from the beginning. He is all powerful and His purpose will be established:

“Declaring the end from the beginning, And from ancient times things which have not been done, Saying, ‘My purpose will be established, And I will accomplish all My good pleasure’” {Is. 46:10 NASB}.

“He does according to His will in the host of heaven And among the inhabitants of earth; And no one can ward off His hand Or say to Him, ‘What have You done?” {Dan. 4:35 NASB}. 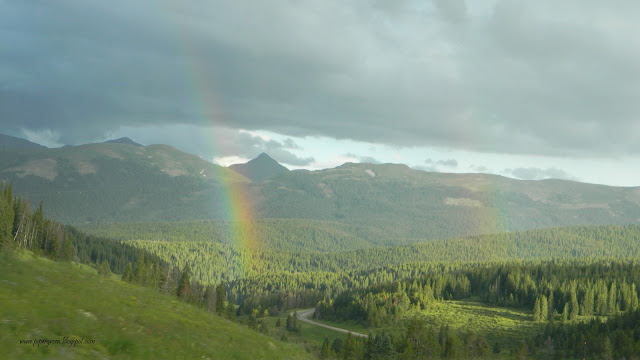 The term omnipotence signifies that the Lord is all powerful. Though He is all powerful, He does nothing randomly. He is a God of order—He brings order from chaos. He created the universe ex nihilo—out of nothing. “This means that before God began to create the universe, nothing else existed except God himself.” 4

God’s power is displayed in His character, “God is all-powerful and able to do whatever he wills. Since his will is limited by his nature, God can do everything that is in harmony with his perfections.” 5 There are then, a few things God cannot do, because they are contrary to His nature and character. That is why the definition of omnipotence is God’s ability to do “all His holy will.” He can do all things that are consistent with His character. He cannot go back on His Word {Jer. 1:11-13; 2 Tim. 2:13}; He cannot lie {Num. 23:19; Heb. 6:18}; In Titus 1:2 He is called the “unlying God” or the “God who never lies.” He cannot sin or have anything to do with sin {Hab. 1:13; James 1:13}. God cannot cease to exist, or cease to be God, or can He act in a way that is inconsistent with any of His attributes. God’s power is infinite, and the use of His power is qualified by His other attributes.

Why is God’s omnipotence important for us? God created you and me—we are the imago dei—His image bearers. He made us so that our lives display a faint reflection of His attributes. We do not have infinite power—only God has infinite power, but God has made us creatures with a will who exercise freedom of choice, and make decisions regarding our lives. Our will is not absolutely free like God’s will is, but He has given us relative freedom in our spheres of influence. When we use our will and freedom to make choices that please God and are consistent with His Word, we reflect His character and bring Him glory.

We are the light of the world and the salt of the earth—we are to dispel darkness {Matt. 5:14-16}. When terrible things happen, the Church must rise up. When we see the earthquakes, hurricanes, and tornadoes; when we see the darkness that seeks to envelop the earth, we must remember not to fear these things, but to pray and rest, knowing that God is in control and still inhabits His throne. Believers need to live and walk in the authority that God granted us in the cultural mandate {Gen. 1; Matt. 28}. Though we do not have infinite power, however, God has given us power to bring about physical, mental, spiritual, and persuasive power in our families, churches, and civil governments. When we act according to His will, we bring Him glory. 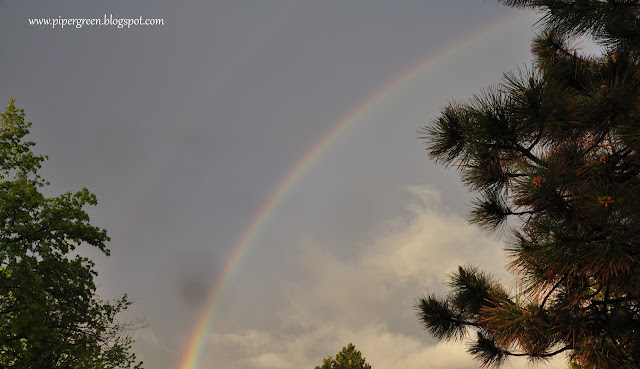 Jesus promised us that we will have trouble in this world, “These things I have spoken to you, so that in Me you may have peace. In the world you have tribulation, but take courage; I have overcome the world” {Jn. 16:33 NASB}. He has overcome all the trouble we see. This doesn’t mean we won’t suffer the repercussions of terrible events, but it does mean that God did not leave His throne. Jesus is with us—carrying us through all the trouble we will witness on earth. The name of the Lord is a strong tower; The righteous runs into it and is safe {Prov. 18:10}. We are to be strong and courageous, and place our hope in Him—which we can easily do because He is sovereign and omnipotent.


“For He was foreknown before the foundation of the world, but has appeared in these last times for the sake of you who through Him are believers in God, who raised Him from the dead and gave Him glory, so that your faith and hope are in God” {1 Pet. 1:20-21 NIV}.