The first chapter of Luke is a long one but so…magnificant. There are many great theological topics in these eighty verses, but The Magnificat is one of the most beautiful stanzas proclaiming the Majesty of the Lord. 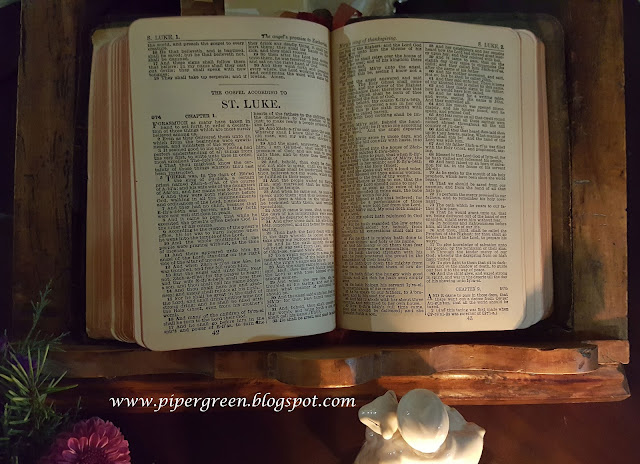 “And Mary said: ‘My soul exalts the Lord, And my spirit has rejoiced in God my Savior. For He has had regard for the humble state of His bondslave; For behold, from this time on all generations will count me blessed. For the Mighty One has done great things for me; And holy is His name. And His mercy is upon generation after generation Toward those who fear Him. He has done mighty deeds with His arm; He has scattered those who were proud in the thoughts of their heart. He has brought down rulers from their thrones, And has exalted those who were humble. He has filled the hungry with good things; And sent away the rich empty-handed. He has given help to Israel His servant, In remembrance of His mercy, As He spoke to our fathers, To Abraham and his descendants forever’” (Luke 1: 46-55 NASB). 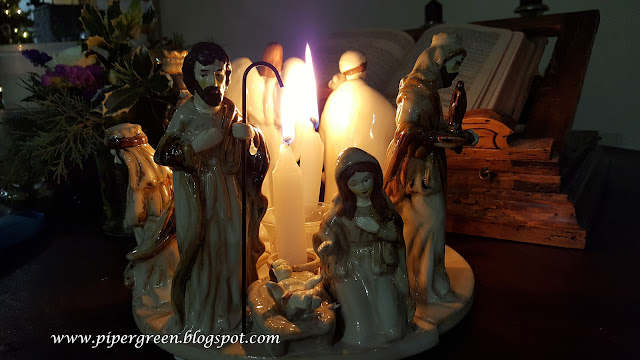 “Enter His gates with thanksgiving And His courts with praise. Give thanks to Him, bless His name” (Ps. 100:4 NASB). 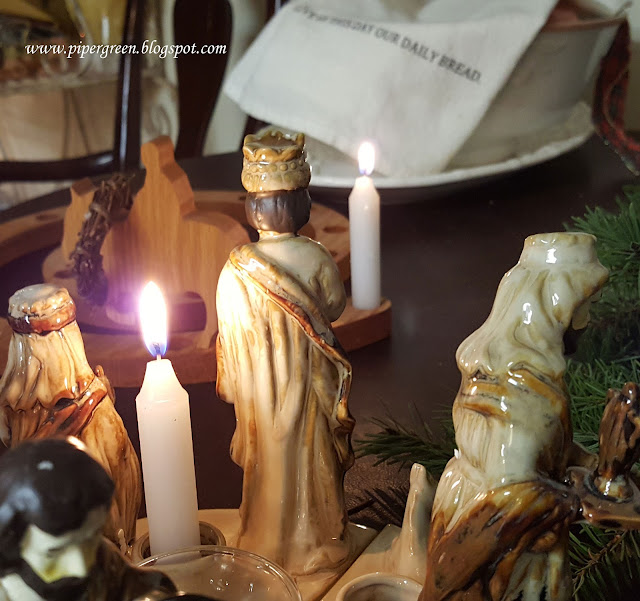 Mary’s song of praise is a testament to her faith in God—and to God’s faithfulness. Upon hearing Elizabeth’s greeting to her and hearing that Elizabeth’s baby is filled with the Holy Spirit and leaping in her womb at Mary’s presence, it confirmed for both women the faithfulness of God to fulfill His Word.

We see echoed in Mary’s song Hannah’s song of praise in the Old Testament when she gave birth to Samuel:

Then Hannah prayed and said, “My heart exults in the Lord; my horn is exalted in the Lord, My mouth speaks boldly against my enemies, because I rejoice in Your salvation. There is no one holy like the Lord, Indeed, there is no one besides You, nor is there any rock like our God. Boast no more so very proudly, do not let arrogance come out of your mouth; For the Lord is a God of knowledge, And with Him actions are weighed. The bows of the mighty are shattered, but the feeble gird on strength. Those who were full hire themselves out for bread, but those who were hungry cease to hunger. Even the barren gives birth to seven, but she who has many children languishes. The Lord kills and makes alive; He brings down to Sheol and raises up. The Lord makes poor and rich; He brings low, He also exalts. He raises the poor from the dust, He lifts the needy from the ash heap to make them sit with nobles, and inherit a seat of honor; for the pillars of the earth are the Lord’s, And He set the world on them. He keeps the feet of His godly ones, but the wicked ones are silenced in darkness; for not by might shall a man prevail. Those who contend with the Lord will be shattered; against them He will thunder in the heavens, The Lord will judge the ends of the earth; And He will give strength to His king, and will exalt the horn of His anointed.” 1 Samuel 2: 1-10 NASB

“Hannah…remained gracious in her sorrow, interceded in the midst of trial and witnessed God move on her behalf. She was thankful to the Lord for His mercy and love towards her, as seen in her beautiful, poetic song, the words of which are echoed in the prayer of  Mary— the Magnificat— hundreds of years later.”[1]

Mary too, declares the goodness of God to fulfill His promise to redeem Israel and the world.
Advent is a time to be thankful to the Lord who loved fallen humanity enough to condescend upon us and reconcile us to the Father.

Mary’s song came after a long stretch of darkness—where the Word of the Lord had ceased for over four-hundred years—to be the light to dispel that darkness.

“In Him was life, and the life was the Light of men. The Light shines in the darkness, and the darkness did not comprehend it” (Jn. 1:4-5 NASB). 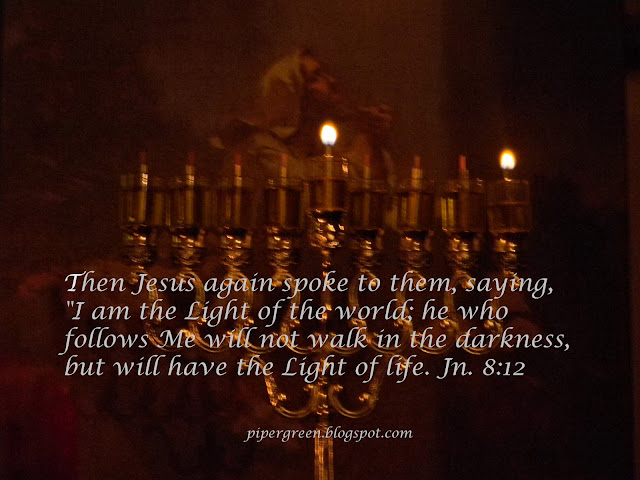 The incarnation was the greatest event this world has ever seen, and one of the greatest mysteries. I will write a post on the theological implications of the incarnation this week or perhaps next, but for now, I want to focus on the verse that grabbed my attention as I read Luke’s second chapter today:

“But the angel said to them, “Do not be afraid; for behold, I bring you good news of great joy which will be for all the people; for today in the city of David there has been born for you a Savior, who is Christ the Lord” (Lk. 2:10-11 NASB). 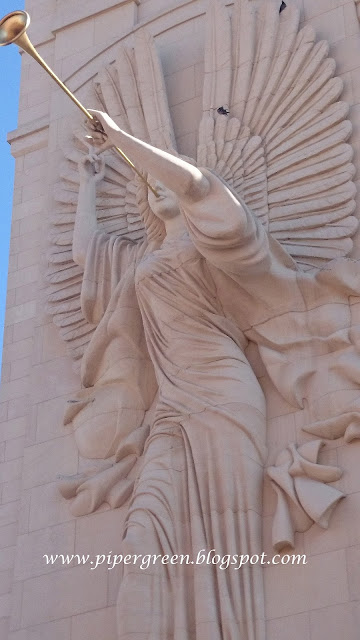 There is that word again—
JOY
The arrival of the Christ child was indeed a joyful occasion. The arrival is good news that brings great joy for all mankind. The angels believed it to be joyous even though they could not grasp or understand salvation. They received no salvific benefit. Christ left heaven to come to earth; they understood the magnitude of the event. The prophets sought; the angels desired; humanity benefited.

“As to this salvation, the prophets who prophesied of the grace that would come to you made careful searches and inquiries, seeking to know what person or time the Spirit of Christ within them was indicating as He predicted the sufferings of Christ and the glories to follow. It was revealed to them that they were not serving themselves, but you, in these things which now have been announced to you through those who preached the gospel to you by the Holy Spirit sent from heaven—things into which angels long to look” (1Pet. 1: 10-12 NASB).

Contemplate the coming of God in a man and how He chose to love us and reconcile us rather than leave us fallen and alone. Let us not take for granted the birth of Christ. The prophets searched for the day—the time—when He would come and the very angels of God desired to see this great mystery. The prophets only had a glimpse of what this wonderful incarnation would mean to the world. The Word says that they understood they were serving us when they prophesied His coming. Then, finally, what the prophets longed for came about;

Though this great event took place over two-thousand years ago, we can look with great anticipation to the coming of Christmas—the arrival of Christ— with the same amazement and wonder.

“Who is the baby called by angels, ‘Christ the Lord,’ and why should we, like the shepherds of Bethlehem and the Wise Men, seek Him and adore Him? The answer goes back to the very beginning of the world…In the beginning was the Word, and the Word was with God, and the Word was God. He was with God in the beginning. Through him all things were made; without him nothing was made that has been made” (Jn. 1:1-3 NIV).[2] 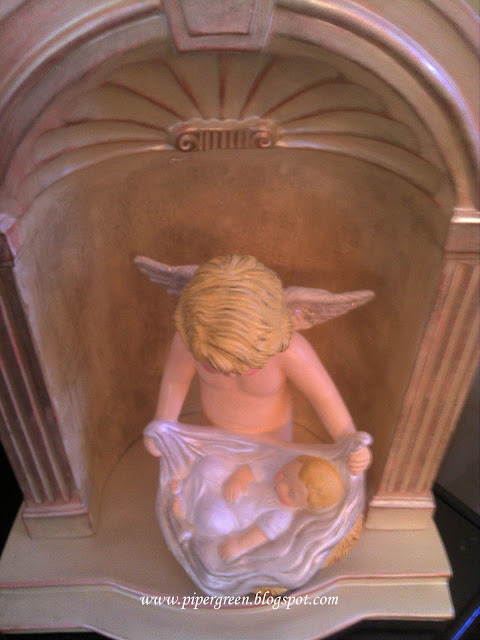