We made it through all twenty-four chapters! Thank you for walking through Luke’s wonderful Gospel with me. I pray that these little devotions blessed you and helped make your Advent season one of reflection and dedication to the Lord Jesus Christ.

“They said to one another, ‘Were not our hearts burning within us while He was speaking to us on the road, while He was explaining the Scriptures to us?’” (v. 32 NASB). 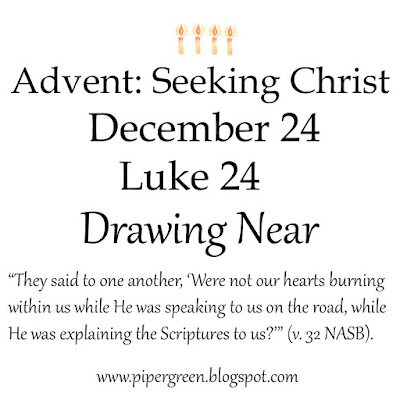 This is one of my favorite passages in all of Scripture. I pray this prayer every day: May my heart burn within me as you open the Scriptures to me. If I had a time machine, the road to Emmaus would be my first choice so that I could eavesdrop on the Lord’s conversation with these two disciples.
This account is the first of three post-resurrection appearances Christ made in the New Testament. Two men are walking to Emmaus just a few days after the crucifixion of the Lord. Jesus came upon them, though they did not recognize Him through their sorrow. He came to comfort them in their grief. I love the rendering of the KJV and the NKJV and the ESV which says that Jesus drew near to them. 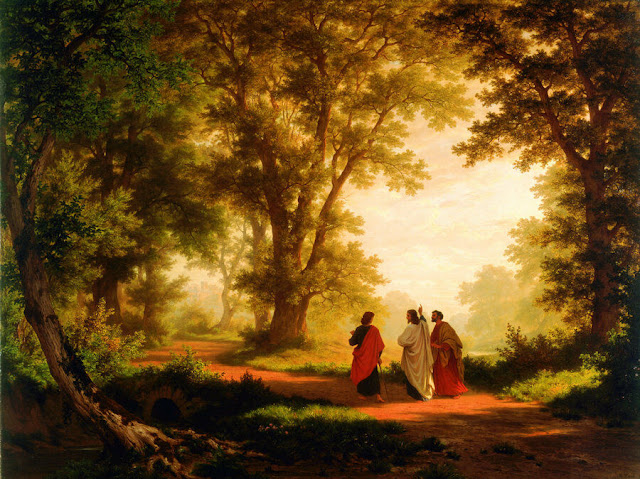 Together these three men walked together and they listened as He encouraged them that what the women had reported could possibly be true. Yet another glimmer of hope, that the injustice from just a few short days before could be made right. Jesus opened their spiritual eyes so they could understand all that the Scripture spoke about Christ—His sufferings, death, and resurrection. He began with the Old Testament—Moses, the Prophets, and the Psalms. He was exactly who He claimed to be—the Christ, the Son of God, the promised Redeemer. There was no one more worthy or qualified to explain the Scripture to them but the Prince of Peace—the very Word Himself. His words were so full of power and life that their hearts burned within them; they were like burning fire in them like many others who came before them who heard with joy the Words of the Lord: 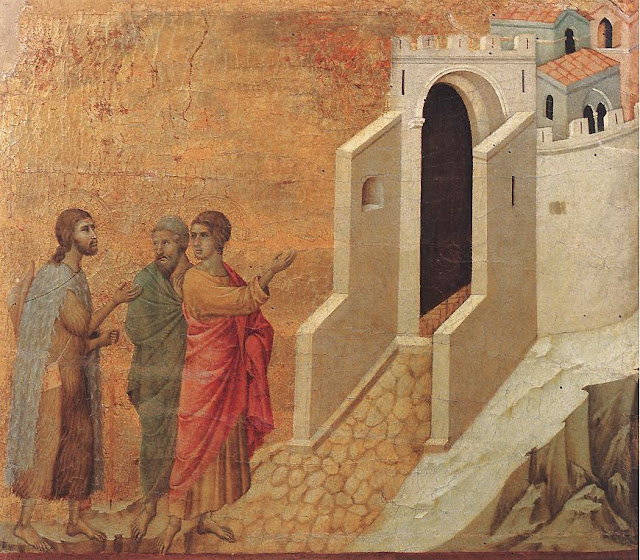 “But if I say, ‘I will not remember Him Or speak anymore in His name,’ Then in my heart it becomes like a burning fire Shut up in my bones; And I am weary of holding it in, And I cannot endure it’” {Jer. 20:9 NASB}.

They had a taste of what John the Baptist declared about Jesus, that He would baptize with fire.

I cannot escape the language of drawing near. For that is just what God did in sending His Son, He drew near to us because we could not draw near to Him. He came to do for us what we could not do for ourselves. There was no way for us to draw close to Him because of our sin. But the Lord of Glory, not only drew near, but He also communed so that He could have a relationship with His fallen, human creation. Jesus walked the road to Emmaus and at their bidding, He broke bread with them. As soon as He blessed the bread and ate with them, their eyes were opened, and they recognized Him! He then vanished before them, but they were witnesses to the Eleven that what the women proclaimed—that Jesus was indeed resurrected—and their hope was revived! I must make note as well that these two disciples were not numbered with the Eleven. Our Savior found them to be just as important as the Apostles. We are equally important to Him and He desires to reveal Himself to all who will receive Him. 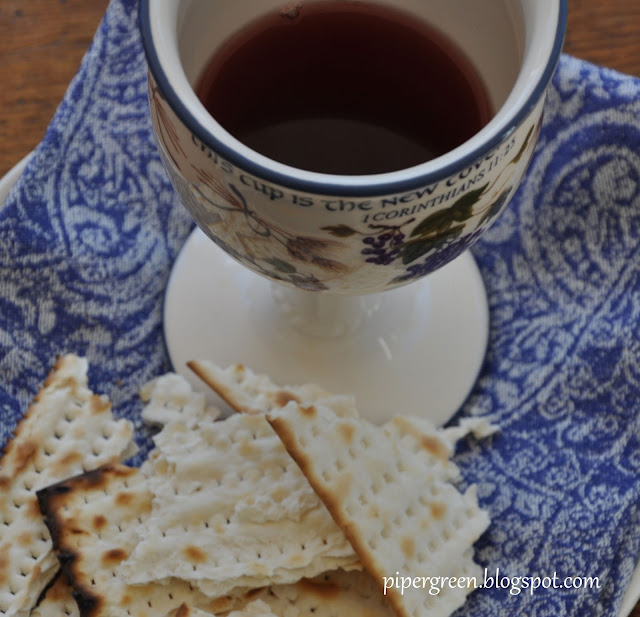 In the quiet, still, cold night, Christ crept into the world unnoticed, with the exception of a few lowly shepherds. While the world slept, the Chronos was broken and the Kairos—the long-awaited promise—the Redeemer, Deliverer, and King of Glory drew near to the world that He loved so much, in a humble stable that holy night. 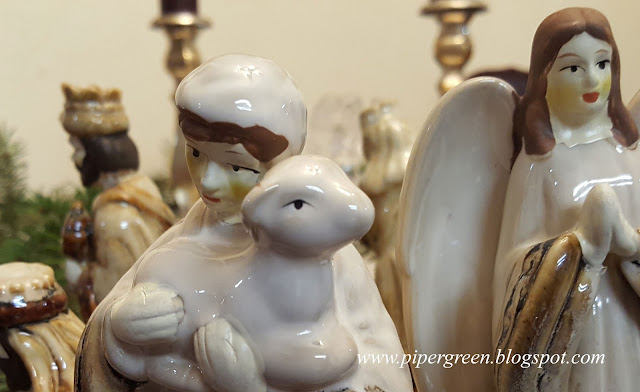 He did for us what we could not do for ourselves; we now have the privilege of drawing near to Him:

“Let us draw near with a sincere heart in full assurance of faith, having our hearts sprinkled clean from an evil conscience and our bodies washed with pure water” {Heb. 10:22 NASB}. 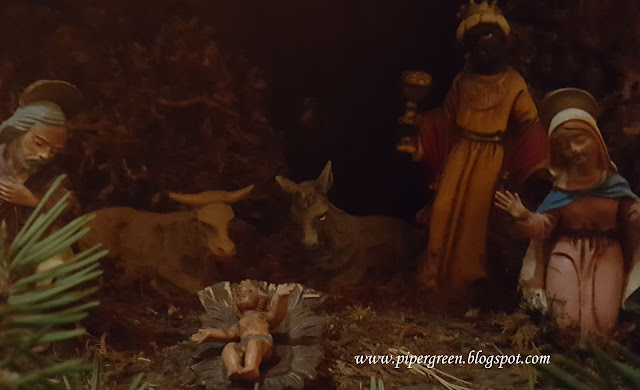 Did today’s message inspire you? If you enjoyed it, will you share it with your friends?

Will you graciously consider subscribing to the blog?